Two years ago we had to face the facts that our current space was just too small to house 13 full-time and three part-time employees cranking out 1,189 tax returns and 227 wills a year (2,282 wills total), as well as our Assets Under Management (growing an average of $50-60 million per year) team.

As a temporary fix, we rented a set of ground level offices on Murray Avenue that we share with DiNuzzo Index Advisors, Inc. The ground level access was also important for some of our clients who were beginning to find our stairs a hindrance — that was totally unacceptable as we value personal contact with our clients.
The more we searched, the more I began to fear that our new space might not be in the neighborhood where I started this business over 35 years ago. I couldn’t stomach the thought of leaving Squirrel Hill. I love being able to say that I built this business in the neighborhood where I grew up, and I want Lange Financial Group, LLC to be a Squirrel Hill staple for decades to come.

Our luck changed last month. The doctor’s office, located directly underneath our current suite on O’Connor’s Corner, came up for rent. You should have seen the smoke coming off of my heels as I ran to sign the lease for this new space!

There are a lot of renovations to do, and it will take some time to get it just right — currently every single room includes a sink and a hazardous waste disposal unit! But we are on schedule to move in by November 1st and we couldn’t be more excited. Stay tuned for more details.

We now have room to grow … before we were growing without the room! With a 97 percent retention rate with our shared DiNuzzo investment clients, and a constantly growing legal and accounting firm, this additional room to grow couldn’t come too soon!

Reasons to Be Optimistic After Brexit
By: Allan Meltzer 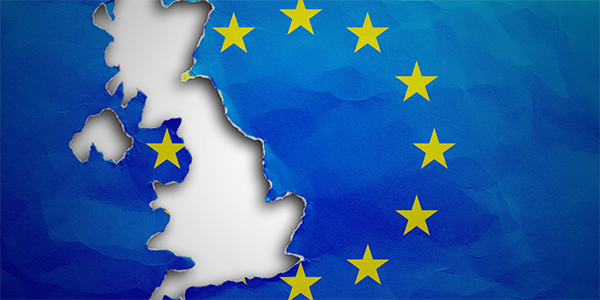 Listening to the commentary during the first few days after the Brexit referendum, I was certain that the sky had fallen permanently. Written comments were no better. Typical was hedge fund veteran George Soros’s email claiming that the “catastrophic scenario that many feared has materialized.” He went on to speculate that other European Union members would choose to punish Britain in future negotiations on separation and trade. And he seemed certain that other EU members “have reached a breaking point.”

Reflecting its left-wing bias, most of the media reported doom. U.S. economist Thomas Palley discussed a “financial bloodbath” and claimed that, for years to come, the Brexit vote would be seen as the day that countries “entered the eye of the maelstrom that now promises enormous destruction.” Palley blamed the British Conservative party’s secret strategy to “smuggle in their ‘Thatcher-Reagan’ neoliberal economic agenda.” Wasn’t that the Conservative prime minister who fought hard to remain in the EU, while the Labour party leader made little effort?

A New York Times columnist proclaimed “the stupidity of the decision.” This dark future is not at all certain. What is certain is that the U.K. will pay a short-term cost. The longer-term effects cannot be known until both Britain and the EU choose their next steps and ultimate objectives. That will test the leadership’s wisdom on both sides.

What becomes clear is that, to those on the left, centralized control by the Brussels bureaucrats is much more desirable than a heroic effort by people to strengthen freedom. None of them mention: the EU’s poor prospects; its inability to develop a successful, pro-growth strategy to control the greedy special interests that especially burden France and Italy; or the time, money and attention wasted dealing with the failed Greek economy.

British growth has surpassed the EU average as a member. If the U.K. chooses to increase market freedom, it can improve on its recent performance and that of the U.S. Stripping away the hyperbole, the majority of voters included those who remembered that since the Glorious Revolution of 1688, the British have cherished the right of free citizens to have taxes and laws made by their elected parliament. Prime Minister David Cameron’s negotiations with the EU had not regained those rights. A lack of control over U.K. borders was not the only reason for leaving the EU. It was one more big reason, and evidence of citizens’ reduced rights to choose their laws.
Although the pound has fallen in value against the dollar and the British stock markets declined, there is no sign of the panic or chaos described in the media. There is no sign of the heralded doom and catastrophe. It is more of an orderly retreat. Market participants dislike uncertainty, but there is no way to avoid it. No one can know how soon the U.K. will be ready to negotiate a new agreement with the EU, how amicable the negotiations will be, or how well the British will be able to restore their trading positions around the world. Around 50 percent of British trade is with the countries in the EU, and another large share is with the U.S. Britain has not chosen its new government, so it does not have a strategy for renewing agreements.

Further, the EU has not decided on its negotiating stance. Some call for harsh terms as a way of punishing the U.K. and warning other members away from following the British course.
Europe took a wrong turn when it extended its centralized control to rules that need not be common

A punitive program would be a foolish mistake. It would ignore the fact that all freely negotiated trade agreements benefit both parties. There is no way that EU countries can punish Britain by refusing to renew trade agreements without hurting themselves. Surely we can count on some cooler, calmer heads to make that clear? German chancellor Angela Merkel appears to be heading that way. Of course, Frankfurt and Paris have hungered to move the huge British financial markets out of London – another big uncertainty that depends on how relations develop. Britain managed to remain the financial centre for the euro in spite of not being part of the currency union. Financial markets value the experience and trust that London has in abundance.

Some say punishing Britain is necessary to warn the Netherlands, Finland, Sweden and others that their decision to leave would be costly. The better way to strengthen the EU is to encourage all the remaining members (except Greece) to remain by removing the most contentious and unpopular reasons for dissatisfaction. These include immigration and the endless stream of regulations coming from Brussels over which the remaining 27 members have no say. These are the same issues that drove British voters to favor “Leave.” Those sources of dissatisfaction have worked against the EU and helped the Alternative für Deutschland in Germany, the National Front in France, Podemos in Spain, and similar groups elsewhere.

That message should be received by the EU’s leaders. A strong leader – probably Chancellor Merkel – must see Brexit as an opportunity to remake the EU. The original idea was to join France and Germany in an arrangement that would prevent a future European war. That objective has not changed. The change has been a broadening of the objective to seek “ever closer union,” and interpreting the new objective to mean common tax rates and common regulations. That degenerated into an effort to impose a common set of behavioral rules on a very heterogeneous population. Europeans, like Americans, come from many different cultures. Like U.S. citizens, many Europeans resist common rules of personal behavior, including immigration sent from Washington, DC, or Brussels.

The original aim of the EU was to supply collective policies, what economists call public goods. Joining France and Germany in providing for the defense of Europe in the NATO military alliance broadened to include other public goods, such as rules for transport or providing resources such as water and power. Those common purposes are still best served by collective action.

Every country has to decide what will be done best collectively and what should remain locally and individually. Europe took a wrong turn when it extended its centralized control to rules that need not be common. The U.S. chose for centuries to leave matters of personal behavior free of collective control. It is only in recent decades that special interest groups learned to impose their rules on the rest of us. Many have highlighted the similarity between British proponents of Brexit and U.S. supporters of Donald Trump. Many among the heterogeneous population dislike many of the rules that violate their beliefs about right and wrong by imposing a common standard. In Federalist No. 10 (1787), James Madison cautioned against special interest groups that impose their principles on the rest of us.

At this stage, we can only hope that Germany will lead Europe to a new agreement for freer trade with Britain and that it can induce its fellow EU members to roll back their rules and limit their efforts to providing public goods. For the U.K., the challenge is to strengthen its trading arrangements and the rule of law. Long-term growth rises when countries recognize that future income depends on freedom for individuals and for enterprise.

*Our long-time client, Allan H. Meltzer, is an American economist, a distinguished visiting fellow at the Hoover Institution, and the professor of political economy at the Tepper School of Business at Carnegie Mellon University. 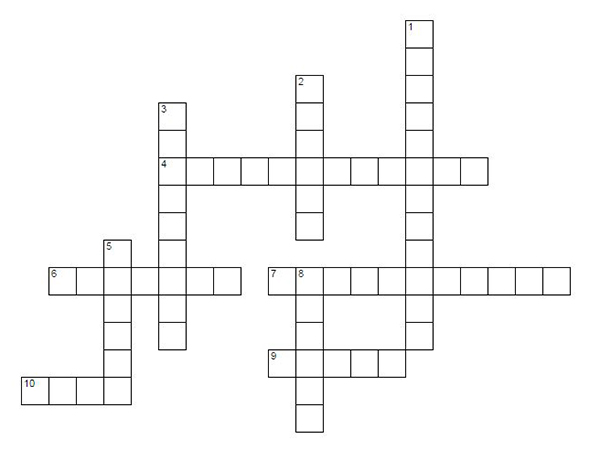 Across:
4. At age 70.5, you must begin taking a Required Minimum _____________ from your IRA.
6. The court process in which a will is proved valid or invalid.
7. The person or entity that derives the advantage from a will, trust, or life insurance policy.
9. The additional $1,000 that people aged 50 and over are allowed to invest in their IRAs is called a _____-Up Contribution.
10. Jim’s offices have been located in his home neighborhood of Squirrel _____ for more than 35 years.

>> Answer key located at the end of this page.

I like plant-based proteins, such as hemp protein powder, in my morning smoothie. It is hypoallergenic, which means most people will not have a low-grade inflammatory response to it as some do with soy or dairy. Hemp contains healthy omega fatty acids, protein, antioxidants, fiber, and minerals that support a healthy metabolism and energize your body for a productive morning.

Combine all of the ingredients in a blender, and blend on high speed until smooth, 1 to 2 minutes. If the smoothie is too thick, add a little water and blend again until it reaches the desired consistency. Drink immediately.
Recipe courtesy of Dr. Mark Hyman and “The Blood Sugar Solution: 10-Day Detox Diet”