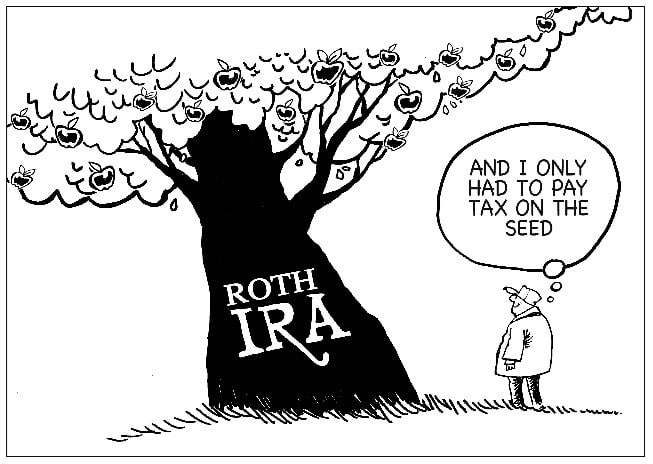 On February 23, 2022, the IRS nonchalantly released 275 pages of Proposed Regulations which shocked the retirement and estate planning professional community. Since the passage of the SECURE Act at the end of 2019, many planners have been reeling over the ten-year payout requirement for inherited retirement accounts created by the Act, subject to limited exceptions.

Families and their retirement and estate planners have been scrambling to minimize the greatly accelerated income tax burden caused by the ten-year payout rule and have been recommending in many cases (particularly with Roth IRAs) to wait until the end of the payout period to withdraw the funds from the inherited retirement account.

The most devastating announcement under the Proposed Regulations was for beneficiaries of retirement accounts who inherited from retirement account owners already receiving Required Minimum Distributions (RMDs)—those who reached their required beginning date for distributions prior to their death, i.e., the April 1st of the year after they reached age 72 or retirement, whichever is later.

If the Proposed Regulations are passed in their current form with respect to RMDs from IRA owners who reached their required beginning date before their death, our general recommendations to inherited retirement account owner beneficiaries are as follows:

This strategy will most likely make sense on more modest retirement accounts ($500,000 or less) and averaging the income or strategically withdrawing the IRA in some other manner will likely make sense for larger IRAs. Each case should be evaluated based on running the numbers, and our group is well-positioned to help you with that analysis.

Please note that the Proposed Regulations make life even more miserable than before when inheriting a traditional IRA while there are basically no further changes for beneficiaries of inherited Roth IRAs. That is another reason the Roth IRA conversion will be good for large IRA owners.

The Proposed Regulations provide important guidance for when a minor child is no longer considered a minor (age 21).

They also clarify when a beneficiary is considered disabled (defer to the Social Security definition for beneficiaries ages 18 or older). This is a very big deal for IRA and retirement plan owners with beneficiaries with a disability. More on this in subsequent columns (if an individual has a medically determinable physical or mental impairment that results in marked and severe functional limitations and that can be expected to result in death or to be of long-continued and indefinite duration).

There are also now common-sense guidelines if the beneficiary is less than 21.

The Proposed Regulations provide important clarifications for planners regarding what language can and cannot be in a trust to qualify for stretch exceptions and/or the ten-year rule.

The 2019 SECURE Act changed when Required Minimum Distributions (RMDs) from retirement accounts must begin to age 72, from 70½.

Under the House-passed version of SECURE Act 2.0, those mandated annual withdrawals wouldn’t have to start until age 73 in 2023, and age 74 in 2030, and age 75 in 2033. The delay in the start of RMDs provides a longer window after retirement for retirement account owners to make Roth IRA conversions.

The Senate proposal of SECURE Act 2.0 which has not yet been approved by the full Senate would raise the RMD age to 75 by 2030. It also would waive RMDs for individuals with less than $100,000 in aggregate retirement savings, as well as reduce the penalty for failing to take RMDs to 25% from the current 50%.

We will alert you to the approved Final Regulations which we anticipate being published later this year. However, we felt that it was crucial that you were aware of this pending additional change regarding inherited retirement accounts.

If you would like a free copy of Jim’s book, The IRA and Retirement Plan Owner’s Guide to Beating the New Death Tax, simply call Erin Einwag at 412-521-2732.