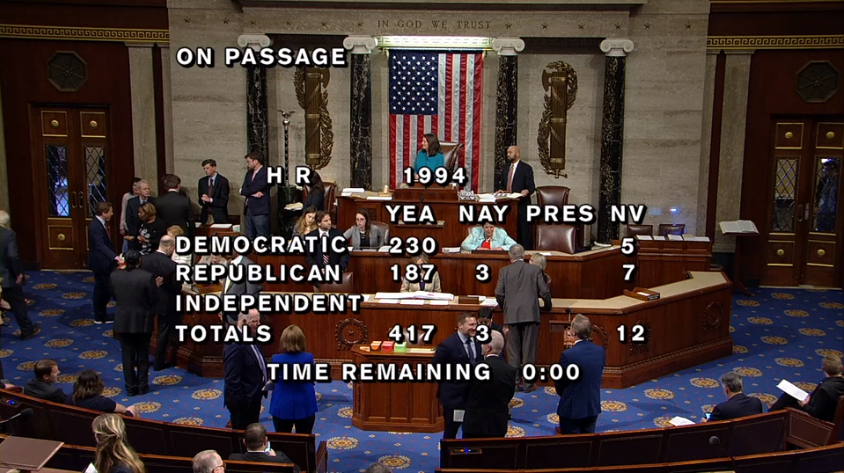 May 23, 2019 – Today, in a 417-3 vote, the House of Representatives passed a new tax bill called the SECURE Act which could be more appropriately called the Extreme Death-Tax for IRA and Retirement Plan Owners Act.

The bill is promoted as an “enhancement” for IRA and retirement plan owners because it includes provisions allowing them to make significantly higher contributions to their work retirement plan. It also eliminates the existing cutoff of age 70 ½ by allowing workers of any age to contribute to Traditional IRAs, and extends the required minimum distribution age to 72. The fine print, however, spells massive income-tax acceleration for the families of IRA and retirement plan owners after the death of the IRA owner.

The consequences of this bill will be devastating to people who have worked hard their entire lives, played by the rules, and accumulated significant amounts of money in their IRAs and retirement plans. It will be even more devastating for IRA owners whose IRA and/or retirement plan constitutes the biggest asset in their estate. This proposed massive acceleration of taxes really betrays those conscientious savers who socked money away under the assumption that they would be able to pass that money on to their children in a tax efficient manner.

Under existing law, non-spouse heirs of an IRA owner can “stretch” or extend the taxable distributions of an inherited IRA over their lifetime. The benefit of protracting the distributions of an inherited one-million-dollar IRA could mean as much as a million dollars to the heirs of the IRA owner over their lifetime. It’s all about how quickly taxes are or are not collected. Under the Secure Act, the entire IRA or retirement plan would have to be distributed within 10 years of the death of the IRA owner.

The Senate is also proposing changes to the “stretch” rules. In mid-April Senate Finance Committee Chairman Chuck Grassley, R-Iowa, and ranking member Ron Wyden, D-Ore., reintroduced their Retirement Enhancement and Savings Act (RESA). The Senate version proposes a five-year distribution deadline (instead of ten-years) which is even more draconian. This distribution rule is softened somewhat by the inclusion of a provision that would exempt IRA and retirement plan balances of $400,000 or less from the requirement. This exemption, however, would make estate planning extremely complicated for IRA owners who have more than $400,000 in their accounts. Presumably, if the Senate goes on to pass their version, the House and Senate will have to compromise on the details. But, if the resulting compromise includes any of the changes to the distribution rules for inherited IRAs and retirement plans proposed in either of these bills, its passage into law will spell the end of the “stretch IRA” as we know it.

It is important to note that none of the proposed changes apply to accounts inherited by the surviving spouse; which makes “getting married for the money” much more attractive for older IRA and retirement plan owners who are currently in committed relationships.

Trump’s Tax Cuts and Jobs Act of 2017 gave multi-millionaires and billionaires massive tax relief and now Congress is attempting to make up for some of that lost revenue. But, to do so by instituting a confiscatory death tax on mainly middle-class IRA and retirement plan owners is as ironic as it is egregious. And even if it doesn’t come to fruition this year, the indications are the “death of the stretch IRA” is coming. This threat has been on the horizon for years. Back in 2013 a bill that would have killed the stretch IRA was passed by the House of Representatives and was only narrowly defeated in a 51 to 49 vote by the Senate. Then, in 2016 we saw the reintroduction of similar legislative proposals which enjoyed strong bipartisan support.

So, what can retirement plan owners do to respond to these impending changes? How can they protect the financial legacy they hope to leave for their children and grandchildren?

Of course, no blanket recommendations will cover every IRA and retirement plan owner. However, if timed correctly, Roth IRA conversions can be an effective strategic planning tool. One good thing about Trump’s Tax Cuts and Jobs Act of 2017 is that it temporarily lowered income tax rates, so this year is probably a better than average year for many IRA and retirement plan owners to make Roth IRA conversions.

The new law will also bring to the forefront the importance of using optimal strategies when applying for Social Security benefits. Assuming that you have not already applied, you should consider the disposition of your retirement assets as part of that plan.

Finally, flexible estate planning can be very helpful in providing options for survivors that will allow them to make better decisions with information that is current when the IRA owner dies. It would likely be advantageous to review and possibly update your entire estate plan, including wills, trusts, and IRA beneficiary designations.

James Lange, Attorney/CPA has been on the forefront of this issue for years, first sounding the alarm in the 2015 second edition of his flagship book Retire Secure!. And he even went on to write a book specifically on how to mitigate the potentially dire consequences of the Death of the Stretch IRA. Now your audience can have the opportunity to benefit from his strategic recommendations for navigating these impending changes. Jim has been quoted 36 times in The Wall Street Journal, has written 6 best-selling financial books, including Retire Secure! and The Roth Revolution which have been endorsed by dozens of industry greats including Charles Schwab, Larry King, Ed Slott, Roger Ibbotson, Jane Bryant Quinn, Burton Malkiel and 60 other IRA, legal, and financial experts. Additional information for your audience is available at www.paytaxeslater.com

To sign up for the most up-to-date information on the Death of the Stretch IRA, please subscribe below.