For Clients Who Suffer from Inflammation and/or an Autoimmune Disease
by James Lange, CPA/Attorney

As many of you know, I have psoriatic arthritis, an autoimmune condition that I have had for the last thirty years. It presents much like rheumatoid arthritis. Up until this past November, I managed symptoms and tried to slow down or stop the progression of the disease with three strategies:

At the onset, I tried all types of alternative medicine ideas, but none of them provided significant relief. When walking one city block became painful, I “gave in” to conventional medicine and a rheumatologist prescribed the autoimmune suppressant drug called Enbrel®. Thank God for Enbrel®. It worked remarkably well for 28 years. I still had a lot of inflammation and pain, but I was pretty high functioning. Then, my symptoms got worse, which prompted a switch to HUMIRA® and then Cosentyx® (all in the same family of autoimmune suppressants).

Recently, however, my symptoms have been getting worse so I decided to pull the trigger and get stem cell treatments.

I was pretty cynical, but, since I was desperate, I figured I didn’t have much to lose.

I began the supplements in October. I started feeling better within days. Perhaps more importantly, when I should have started feeling a lot worse in late November (after stopping the Cosentyx®), I still felt pretty good.

Obviously, this is anecdotal evidence, but I would highly recommend exploring your options if you suffer from inflammation and/or an autoimmune condition.

Dr. Rotunda says there is no standardized dosage; it is patient dependent. The instructions on the bottle say take two a day. I started by taking eight a day and have cut back to six a day. I found it very helpful.   I purchase my pills directly from Dr. Rotunda. But, there are other sources to buy the product directly, including: naturalhealthyconcepts.com, expertnutrition.com, and Hieber’s Pharmacy in Oakland.

It goes without saying that any health advice I offer is for informational purposes only. Anyone who is interested should check with a healthcare practitioner.

After talking with a lot of people and consulting with Cade Halbreth, a stem cell consultant, I decided to pull the trigger and go for treatment. Cade recommended the Stem Cell Institute in Panama. That was consistent with the research I had done.

As I have previously written, I have known about stem cell treatments for a couple of years. For instance, a stem cell treatment for problem areas such as knees or shoulders (using your own stem cells) is being done in Pittsburgh. But, the treatment I am pursuing uses mesenchymal cells harvested from the umbilical cord of a woman who has just given a healthy birth.

First, the bad news. Mesenchymal stem cell treatment isn’t available in the U.S. Though it is available in many places all over the world, Cade Halbreth recommended that I go to The Stem Cell Institute in Panama in Central America. The procedure spans four consecutive days, for about an hour a day. It is a huge time commitment. More bad news: the procedure costs $23,000. More bad news. You don’t go just once. Depending on your condition and how you react to the cells, you might need to repeat the treatment in another six months, and then again in one or two years and perhaps beyond.

This could be a real financial burden. In my case, if I am lucky, I will not need another procedure for two years. I am higher functioning than their average patient which is why the doctor thinks I might get away with a longer period between treatments. But statistically, one year is more likely. So, that could be $500,000 over my lifetime. Of course I hope the treatment becomes available locally and for much less money. Ideally, insurance would cover it. The cost of my autoimmune suppressant drug is about $20,000/year, but insurance pays for most of it.

The cynical part of me believes the drug companies will fight availability of this procedure tooth and nail in the U.S. and that it will be an even longer time before it is paid for by insurance.

Now the good news. I think it will be extremely beneficial in reducing my symptoms. Usually, patients don’t see the benefits for weeks or more likely months. I am in a wait and see mode myself. The procedure itself is mildly unpleasant. After my first treatment, my arm was sore for about a day. The second day I developed chills that I couldn’t control for about an hour or two. I think these are typical reactions. The third day, I had no reaction.

I should make it crystal clear I am not receiving any benefit from the Stem Cell Institute or Dr. Rotunda or anyone else for that matter. I offer this insight in the interest of sharing my odyssey through psoriatic arthritis treatments.

I will give my readers an update in 3-6 months.

A few words about my experience. The Clinic offers very little information. I sent them a list of questions and nothing happened. I had to nag them several times to respond and then they only answered some of my questions, and their website isn’t that helpful. Marketing is not their strong point! Their founder, Neil Riordan, did write a book that is good, but not great.

A warning. There have been some nasty articles in credible newspapers about “medical tourism” that cite a couple of horrific results. But, they had nothing to do with this clinic’s mesenchymal cells treatments.

After spending as much time as I did in Panama, let me also share a few words about the city. Panama City looks like Miami; lots of skyscrapers and busy roads. It is also hot as Hell. You don’t want to be outside unless it is early morning or late afternoon or evening. I arrived a few days early to be a tourist. I went to a beautiful beach for a day. I visited the Panama Canal Museum, which was informative and wonderful. I went to the Bio Diversity Museum (designed by Frank Gehry) which was fascinating. One fact I picked up was that originally North and South America were connected by land and many species migrated South. Eventually, the Americas became separated by water and many species evolved independently. Then, the Isthmus of Panama, relinked North and South America and that changed the biology and the climate of the entire world.

I walked in national parks both in and near Panama City. There is an amazing assortment of exotic birds and monkeys. I also took several evening and morning walks along the Pacific Ocean from right outside my hotel. I visited Casco Viejo, the historic district in Panama settled in 1673, and now a World Heritage Site.

Panama is doing well economically; managing the Canal, is a lucrative business. They charge between $400,000 and $1,000,000 per boat passage. They gross several billion per year and net over a billion. I think the business from the canal itself and all the business that are related provides roughly half Panama’s economy.

I thought I was going on a “medical vacation” but I ended up spending a lot of time being proactive about the new tax law and tried my hardest to communicate with clients to get them to expense allowable itemized deductions before year end. I was interviewed by The Wall Street Journal, CNBC and the Pittsburgh Post-Gazette. Luckily, cell phone service and Wi-Fi work just fine in Panama.

So, in summary, I think if you or a loved one is suffering from inflammation, consult with your doctor about trying the SPM Active (Active Fractionated Marine Lipid Concentrate 500 mg.) supplement. A strict diet of no sugar, gluten, or dairy, is also advisable, but I know that is tough to follow.

Further, let this article be the beginning of your research into stem cell therapy, not the end.

I do have a request. If you try either the SPM Active supplement, or go to the clinic, please let me know. I would like keep a small database and report my findings—obviously without names or details without your express permission.

So, as we begin our next journey around the sun, I wish you another year of health and happiness.

Happy New Year from All of Us at Lange Financial Group!

Thanks to Jim, our generous employer, for treating the staff to a wonderful holiday luncheon at Edgewood Country Club. It is always nice to leave the office to enjoy delicious food, cocktails and social time with fellow employees! Special thanks to our Entertainment Committee (Alice Davis, Karen Mathias and Daryl Ross) who handled all of the details and made our celebration a reality. We appreciate you! 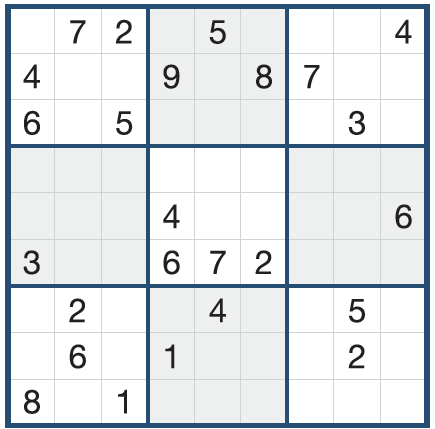 See answers to the Sudoku

In a food processor or blender, puree the avocado, parsley, mint, lemon juice, 2 tablespoons of water, anchovy paste, ½ teaspoon of salt, and ¼ teaspoon of pepper until smooth. Transfer into a large bowl. Add the chicken, celery, shallot, and remaining salt and pepper. Fold until well mixed.

To serve, divide the chicken salad among the endive leaves and garnish with parsley and mint.