With inflation raging, many IRA owners who are interested in Roth IRA conversions want to know the impact of inflation on the desirability of doing more Roth conversions during inflationary times.

In a nutshell, none. That is, by itself, inflation should not encourage or discourage Roth IRA conversion planning. True, inflation doesn’t occur in isolation and will affect other facets of taxation that could have an impact on the desirability of doing Roth IRA conversions. For example, future tax rates on Required Minimum Distributions (RMDs) and distributions (from the IRA not converted) could be lower since the tax brackets are adjusted for inflation. If you make a Roth IRA conversion at 32% and your tax bracket drops to 24% because of inflation, you paid higher taxes on the conversion than you will owe in the future on the incremental RMDs. So, in that isolated case, it may appear that the Roth conversion was not as effective as planned. In fact, you could appear to potentially be worse off. However, you should consider that if having lower RMDs because of the conversion is what put you down into the 24% tax bracket, the conversion may actually be saving you future higher taxes at 32%.

So, each situation is different to determine how inflation can indirectly make it more or less favorable to convert.

If you are interested in proof of our assertions that it is still a wash in terms of direct impact, please see the following two tables:

As you can see, immediately after the Roth conversion, purchasing power is identical. In both cases, $24,000 of cash outside the IRA is used to pay tax, either on the conversion itself or when funds from the IRA are withdrawn as a distribution. But what happens when inflation is taken into account after the conversion? Ignoring the effects of future investment returns and income taxes, and assuming a 20% inflation rate where the value of a dollar becomes 80 cents, the relative value of a Roth conversion is not changed just due to inflation. The inflation-adjusted purchasing power of the money is lower, but still equal with and without the conversion as shown below:

So, inflation in isolation should not impact the decision of whether or not you make a Roth IRA conversion. In some cases, however, there may be favorable or unfavorable tax attributes in your specific situation that could make a Roth conversion more or less desirable in the short term due to inflation.

All written content is provided for information purposes only and is not tax or legal advice. Information and ideas provided should be discussed in detail with an advisor, accountant, or legal counsel prior to implementation. Past performance may not be indicative of future results. All investing involves risk, including the potential for loss of principal. There is no guarantee that any investment plan or strategy will be successful.

and How You Should Respond

It’s not too often that an IRS news release has good news, but that’s exactly what happened on October 7, 2022, when the IRS released updated guidance for Inherited IRAs. According to the latest IRS guidance, anyone who inherited a Traditional IRA in 2020 or 2021 and who was required under the SECURE Act to empty that account within ten years, will not be subject to the 50% penalty if they did not start taking annual distributions right away.

Inherited IRAs Before the SECURE Act

Before the SECURE Act was enacted in 2019, anyone who inherited Traditional IRAs or other retirement plans was generally allowed to defer and stretch those distributions over their own lifetime. This meant that after the Required Minimum Distribution (RMD) of the inherited IRA, the remaining account balance could keep growing, tax-deferred for an inherited Traditional IRA and tax-free for an inherited Roth IRA. The “stretch IRA” allowed enormous tax-deferral and tax-free growth of the inherited IRA after death.

After the SECURE Act – The Ten-Year Rule

But the SECURE Act changed all that. Unless the beneficiary was a spouse or another Eligible Designated Beneficiary (EDB), the entire balance of an inherited IRA or retirement account is now required to be distributed within ten years. The ten-year rule applies to both Traditional IRAs and Roth IRAs. The SECURE Act didn’t specify the timing of when those distributions had to be taken. At the time, we recommended that beneficiaries carefully plan the timing of those distributions to minimize the tax hit. For some, the best strategy was to take the distributions out evenly. For others, we recommended taking distributions while in the lowest tax bracket.

However, last February, the IRS released Proposed Regulations which eliminated many options for planning distributions to best fit an individual’s circumstances, particularly if the original owner was already subject to RMDs, and the owner passed away in 2020 or later. In this situation, the beneficiary of the inherited IRA was required to start taking annual distributions starting in the year after the death for nine years with a final distribution of the remaining balance in the account in year ten. The penalty for missing an RMD is 50% of the amount that should have been distributed.

If the original owner had not started taking distributions before his or her death, then under the Proposed Regulations, the beneficiary of the inherited IRA would not be required to start taking distributions every year, as long as the account is completely emptied by the end of the tenth year. This was consistent with our original understanding. Roth IRAs don’t have RMDs so inherited Roth IRAs could be maintained without distribution for ten years, subject to an important exception. If the beneficiary qualifies as an EDB, they can still stretch the distributions over their lifetimes, as before, whether it is an inherited Traditional IRA or inherited Roth IRA.

For example, let’s say Peter inherited a Traditional IRA from his Aunt Rita when she died in 2020. Peter does not qualify for one of the exceptions to the ten-year rule. If Aunt Rita wasn’t yet subject to RMDs, then Peter could decide when he wanted to take the money out, as long as he took it all within ten years. But if Aunt Rita was taking RMDs, Peter needed to continue taking those annual distributions starting in 2021, with a final distribution in 2030.

Taxpayers Complain to the IRS About the Proposed Regulations

The Proposed Regulations were released in February 2022 and were a big surprise to most tax and retirement advisors. During a 90-day public comment period, the IRS received reams of complaints. Many people inherited IRAs in 2020 or 2021 but hadn’t taken the annual distribution because they had assumed they could wait and take their distributions at the end of the ten years. Because the IRS changed the rules too late in the game, commenters said that the IRS should offer relief to those who didn’t take distributions because they didn’t know they needed to.

The great news is that the IRS agreed. Under the latest guidance from the IRS Notice 2022-53, those new Proposed Regulations won’t be finalized and won’t apply until 2023.

Best of all, if you already paid that hefty 50% penalty, you could now request a refund of that penalty.

What Strategy Can Living IRA and Retirement Plan Owners Learn from the Timing of the IRA Distributions After Death?

No matter how old the deceased IRA owner is, distributions of inherited Roth accounts can be deferred for ten years, or longer if the beneficiary qualifies as an EDB. If the earnings on the account are roughly 7%, the inherited Roth would double before distributions were required.

Federal benefit rates increase when the cost of living rises, as measured by the Department of Labor’s Consumer Price Index (CPI-W). The CPI-W rises when inflation increases, leading to a higher cost of living. This change means prices for goods and services, on average, are higher. The cost-of-living adjustment (COLA) helps to offset these costs.

COLA notices will be mailed throughout the month of December to retirement, survivors, and disability beneficiaries, SSI recipients, and representative payees.

“Medicare premiums are going down and Social Security benefits are going up in 2023, which will give seniors more peace of mind and breathing room. This year’s substantial Social Security cost-of-living adjustment is the first time in over a decade that Medicare premiums are not rising and shows that we can provide more support to older Americans who count on the benefits they have earned,” Acting Commissioner Kilolo Kijakazi said.

Two Great Positions Open as We Expand Our Capacity

Experienced Estate Attorney: Work with clients to draft estate plans that incorporate our time-tested strategies that give families safe but flexible options. Plus, work with our financial advisors to review and make recommendations to improve existing estate documents for IRA-heavy asset-under-management clients. For a complete job description, please visit: 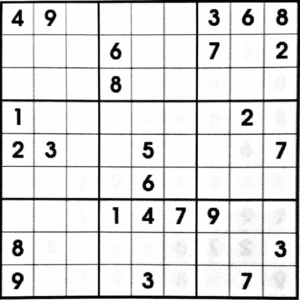