I am reporting on my own personal experience with stem cell treatments in the hope that I will influence you or someone you care about to take action. People like me who are managing a chronic autoimmune condition find the treatment of the disease frustrating and typically unsatisfactory. I have psoriatic arthritis which presents like a combination of psoriasis and rheumatoid arthritis. Stem cell treatments have substantially improved the quality of my life and if I can be of help to someone dealing with a similar issue, whether it is you or someone you care about, I’m glad to do it.

One year ago, despite being on a regular regimen of autoimmune suppressant shots, a no gluten, no dairy, no sugar diet, regular exercise and massage, my psoriatic arthritis symptoms were clearly getting worse. When I woke up, I felt like an old man as I hobbled to the bathroom. The pain in my feet got to the point that I found myself avoiding even medium-length walks. I decided to do something about it. I heard about a non-standard treatment that involved injecting mesenchymal stem cells (harvested from the umbilical cords of women who have given birth to healthy babies) for patients suffering from autoimmune conditions. This is a completely non-invasive procedure for both the mother and the baby.

This procedure, however, is not available in the United States subject to rare exceptions. After considerable research, examining the literature, talking with experts-including biology professors, my own rheumatologist and one of the leading information providers about stem cells in the world-I decided I wanted to get treated and the best place for me to treated was the Stem Cell Institute in Panama.

I concluded there was a very small risk of any type of harm other than the $20,000 fee and the inconvenience of ravelin to get treated. That is a condensed version of what I wrote about in this newsletter last year, and many readers expressed great interest. Right before I was treated, there was an article in The New York Times condemning the practice of “stem cell tourism” and an indictment of several companies that operate outside the United States where patients were actually harmed. More recently, the news came out about the 12 people with reported infections from GeneTech’s products, distributed by Liveyon to stem cell clinics. Bad news tends to rise to the top of the news cycle, so I was pretty sure many of my readers who have an interested in stem cells would have seen the report.

Unfortunately, as reported by Science & Enterprise in July 2016, University of Minnesota bioethicist, Leigh Turner, and stem cell researcher, Paul Knoepfler at the University of California in Davis, found nearly 600 clinics in the U.S. claiming to offer stem cell treatments, many having dubious scientific or medical validity. I would recommend that if you are seeking stem cell treatment, choose a facility that has treated tens of thousands of patients, such as GIOSTAR, Stem Cell Institute, Okyanos or Regenexx, for example. Without question, you should ask any medical provider you approach about the number of patients they have treated with stem cells and whether they collect outcome data in a patient registry. The recent negative news has not altered my decision for my next treatment, though for reasons to follow, at a different clinic. I have also decided to go ahead with sending out this update on my treatment.

Anyway, one year later, I am happy to report that my condition has dramatically improved. Rather than taking monthly shots for the symptoms of psoriatic arthritis, I’ve only had two shots this year. It has to be a good thing not to be on a very strong autoimmune suppressant drug. Perhaps more importantly, I feel much better. Last year, I bicycled up Mount Lemmon in Arizona, a 7,200-foot climb, 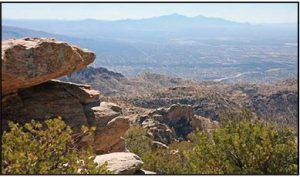 on my traditional bike-not on my latest craze, an electric bike. I may have set a record for the slowest ascent of the mountain ever made on a bicycle in one day, but I made it. Stem cell treatment for autoimmune disease is not a cure and treatment is ongoing. I was hoping to remain relatively symptom-free for two years from my initial treatment but after a little less than a year, I noticed some of the symptoms returning and decided to go back for another treatment. This outcome had been mentioned as a possibility; two years symptom-free was what was hoped for because I was doing better than a lot of patients with psoriatc arthritis. So, I called to make an appointment. I got an answering machine and left a message saying I had been successfully treated there last year, and I wanted to return for a second treatment. In our office, we always try to return calls, preferably within 24 hours. You would think if you paid a company $20,000, they would return your call. They did not. I called again. I called a third time. By the time someone returned my call, they could not give me an appointment during the time that I was free. Despite what I regard as a pretty weak from office, business seemed to be exploding for them. I’m happy for them that they are now busier than ever and that they have had to hire more doctors, more nurses, etc. But I was not happy with the way I was treated. Though I was delighted with my results, I didn’t want to wait on their availability, so I started looking for alternatives.

There was another thing that bothered me about the clinic. Although they have likely provided more mesenchymal stem cell treatments (MCS) than any other clinic on the planet, they didn’t have reliable statistics on how well or poorly their patents responded. So, assuming that the results are as good as I think they are and as good as I have heard they are anecdotally, if I owned that clinic, I would’ve done a meticulous study of patients’ outcomes. I would’ve tried to publish that study in a top peer-reviewed journal. They have not.

My skeptical friends assume that the reason is because the statistics were not good and legitimate research would conclude that the costs, risks, and aggravation exceeded the benefits.  I have met too many people, talked to too many people, read too much to believe that is the reason. I believe they just didn’t get it together.

That, to my mind, is a business failing.  There should be some greater good to being in business—call me an idealist.  Tikkun Olam (Hebrew for “world repair”).  A business owner who provides a service that actually harms their client or patient for personal/business gain is reprehensible.  To me, being in business is about more than making money.  A business should provide valuable services to people who choose to do business with you.

I am far from decrying the profit motive for the owner who wants to take care of himself and his family and provide a good living for his or her employees.  But I am partial to the idea that a portion of the money you make should be used to further the goals of educating the public.  Some of my material is explicitly useful for my target audience and frankly is my primary method of prospecting for new clients.   Some of the material I write has a broader appeal, such as my most recent book on Social Security which has potentially life-changing information for readers who are not my target audience.  Since I became a paid columnist for www.forbes.com, I have an even larger audience of people who are not potential clients, but who I believe deserve the most useful information that I can provide.

I spend a substantial portion of my profits to provide clients, prospects and interested consumers with financial information―the best information I know, presented in the most effective way that I know. Providing useful information to others in the form of books, articles, and workshops, all act as a potential entrée into services with our company―that is good business.  I want the company in Panama to make their results available to provide useful information to others.  I also think it would be a good business investment.  They seem to be dropping the ball.

So, between the Panamanian company not calling me back and not being able to accommodate my schedule, and not doing anything to advance the science when I think they are in a unique position to help others, I went back to my primary source of information for stem cells and she recommended a couple other choices.

One institute she said I could consider was GIOSTAR, Global Institute of Stem Cell Therapy and Research. Headquartered in San Diego, California, GIOSTAR has locations in Chicago, India, Mexico, China, West Africa and Australia.  Back to square one, I began my research.  I was surprised to learn they use adult stem cells from adipose tissue (fat).  At first, I was ill-disposed to try a new technique.  But after talking to multiple experts and people knowledgeable in the field, I concluded adipose cells were at least as good.  I even spoke with the pioneer in regenerative medicine and co-founder of GIOSTAR, Dr. Anand Srivastava.  He passionately believes in this treatment.  (In the U.S., it is illegal to do allogenic MSCs derived from adipose tissue).

As a bonus, the cost is roughly $9,000 for one treatment instead of $20,000, and it is easier to get to (at least for me).  By the time you read this newsletter, I will have been treated in Mexico.  At some point in the future, I will give readers an update—just as this missive is an update on last year’s procedure.

Several people who I talked to after my first treatment were enthusiastic, but their rheumatologists talked them out of it arguing that the research was not complete, and the technology was too young.  I would agree that more studies need to take place.  But, personally, I was disappointed that a well-meaning physician talked their patient out of a treatment that I think has minimal risks and great potential to help.

My foray into medical treatments not available in the U.S. is a highly personal choice.  I am happy to talk about it with anyone who is interested.  Of course, I will have more information after my treatment, but I did want to report the positive results of the first treatment.  I wouldn’t, however, suggest anyone pursue my course of action without fully discussing all your options with your medical providers and doing your own research.

But, if you and/or a loved one has an autoimmune disease, I would consider several proactive strategies that are primarily mainstream:

Again, if anybody is interested, I will be happy to share my experiences with you or someone you care about.

Above all, I want to wish you a happy and healthy New Year.

To attend any or all of our 3 FREE financial workshops, follow the link for how to reserve your seat here.

3:30 – 5:00 PM
Solving the Investor’s Biggest Dilemma: How to Stop the Current Market Volatility from Threatening Your Long-Term Security.

Lauri Lang has potentially life-changing information about how to reduce inflammation with a “yummy” diet. Jim thought her information was so valuable that he interviewed her from the Lange Kitchen, and we’ve posted the video at www.paytaxeslater.com/lauri. It’s well worth your time to watch.

Base is for a single hearty serving. Recipe can be multiplied

Dash of Sea or Himalayan salt

Whisk together, refrigerate until sets (2 hours or longer)

This is a SUPERFOOD!  Food as Medicine delicious breakfast, snack or dessert pudding….Bon Appetit! 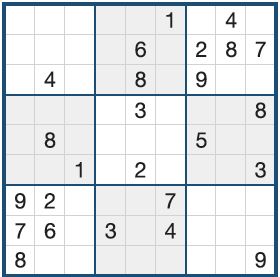