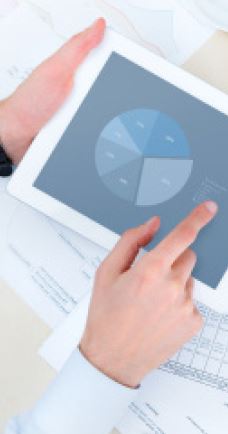 If you’re approaching retirement, you might want to consider a Roth IRA conversion. A recent change to tax laws allows for the conversion to Roth IRAs, 401(k)s, and 403(b)s to gain enhanced benefits. For one, the changes made in 2010 have no income cap for Roth IRA accounts. Previously, only incomes of $100,000 were eligible for conversion.

If you’re still not sure, consider these factors that can help lead your family to financial stability.

For the most part, Roth IRAs grow incometax free. Additionally, owners are not required to take distributions at age 70 ½. Roth IRAs grow continuously as long as you or your grandchildren own it; whereas, regular IRAs are tax-deferred. The growth and investment are both taxed when money is withdrawn.

With the income cap of $100,000 gone, the Roth IRA becomes all the more appealing for retirees. At least a partial conversion is recommended, though the converted amount will require tax payment. However, as long as the conversion is strategic, your family can reap the long-term benefits. For example, converting $100,000 today can put you over $51,000 ahead in the next
20 years.

If tax rates increase, the conversion to Roth IRA sees the benefits, because conversion at a lower tax can help cut back taxable income as rates increase. While you’re planning a financial future for your loved ones, keep in mind that your living will and trust don’t necessarily establish who will inherit your IRAs, Roth IRAs, and retirement plans. Specify your IRA and retirement plan beneficiaries. For those still unconvinced, Lange Financial Group makes a limited number of free consultations available to Western PA residents. Because each case is different, it’s important to run the numbers on a case-by-case basis to find a solution that best fits you. If you want to further discuss the benefits of Roth IRA conversions, call Alice Davis, our Client Services Coordinator, at 412-521-2732 to schedule an appointment.

It is quite common in my practice for clients to say they want one particular account to go to one beneficiary and a different account to another beneficiary. The accounts might reflect the relative proportionate value that the client wants each of the different beneficiaries to receive, but I think this can turn into a nightmare.

• You will have a terrible time trying to keep track of the different
distribution schedules.

• As the different investments go up or down, the amount going to the different heirs would also go up and down, which is probably not the intent.

In general, I prefer one master beneficiary designation for all IRAs, retirement plans, 403(b)s, 401(k)s, and the like. In it I describe distributions as I would in a will or irrevocable or revocable trust. That way, we can avoid mistakes and simplify estate administration after the retirement plan owner dies.

The one area where it might make sense to direct certain money to particular beneficiaries is FDIC insured deposits. At press time, the amount that the FDIC would insure rose from $ 100,000 to $ 250,000 through 2009. Assuming the money is outside the IRA (there are different protections for IRAs) one way to get more FDIC insurance is to have different beneficiaries with different paid on death designations. If you are a parent with four kids and you have four $ 250,000 CDs, you can do a pod account for each child and have the entire amount federally guaranteed. If the money was in an IRA, you are also insured up to $ 250,000 but you can ’ t get additional coverage by naming additional beneficiaries.

September 27, 2010 – The President signed a new law, effective immediately, that has an enormous impact on millions of retirement plan owners.

The new law will allow employees to convert all, or a portion, of their traditional 401(k) or 403(b) retirement plan to a Roth 401(k) or Roth 403(b). The law is actually part of the Small Business Jobs and Credit Act which has implications for small businesses, but this little known provision also has a profound impact on employees with these retirement plans who will want to make a Roth conversion.

This new legislation will be extremely important to people who are still working and have substantial wealth in their employer retirement plan as it will essentially allow them to convert their traditional 401(k) or 403(b) to a Roth designated account that would still be part of their employer retirement plan. Previously, if an employee’s retirement plan was tied up in a 401(k), they would not have been eligible to make a Roth conversion while they were still working. Now, if employers have Roth designated accounts, employees can make a Roth conversion of whatever amount they wish.

Since tax rates are expected to go up in 2011, at least for upper income taxpayers, it will definitely be to their advantage to make a conversion to a Roth 401(k) or Roth 403(b) in 2010 while they can still pay a lower tax on the conversion.

One strategy that would be highly beneficial for middle income taxpayers who are still employed and have limited access to their retirement plan is that they will be able to make a partial conversion of their 401(k) to a Roth 401(k), since it might be too aggressive for them to convert their entire 401(k) and pay income taxes on that conversion. An even better long-term strategy for this middle income group is a series of multiple, partial conversions over a period of years of the pre-tax dollars in a 401(k) to the Roth designated account in the 401(k). Conversely, if a person is a high income employee or will likely always be in the top tax bracket, they should consider a much more substantial Roth conversion.

Obviously, the law only covers employees who have access to Roth designated accounts at work, but it would be to an employer’s advantage