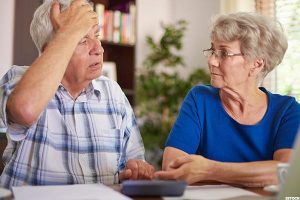 How does the Tax Reform affect Retirees?

One concern for retirees involves the changes made to the rules affecting Schedule A, Itemized Deductions. Will the tax reform affect you if you are retired, and you have been able to itemize? The short answer is that, depending on what and how much you deduct, the tax reform may affect you because some of the itemized deductions were reduced or even eliminated. Let’s look at specifics.

Many retirees have high medical costs – and the good news is that medical expenses will still be deductible in 2017 assuming that they exceed a certain threshold. What makes this statement less than straightforward, though, is that there were two different thresholds when you did your taxes last year. Prior to the tax reform, individuals who were younger than age 65 had to have medical expenses that exceeded 10% of their adjusted gross income in order to be able to use the deduction.

If you or your spouse were 65 or older, though, the threshold was lower – only 7.5%. And whatever your age, you could only deduct the medical expenses that were in excess of your threshold. The bottom line for retirees? If you itemize, tax reform shouldn’t affect your medical deductions unless both you and your spouse are younger than 65 years old. The tax reform may actually benefit younger individuals who have high medical costs because, starting in 2017, everyone regardless of their age will have to meet a threshold of only 7.5% before they can deduct any medical expenses.

Many retirees could be affected by the changes in state and local tax (or, SALT) itemized deductions. Through 2017, you can deduct all of your state, local, real estate, sales and personal property taxes on Schedule A if you itemize. In 2018, those deductions will be capped at $10,000. How does this affect retirees? It depends. If you didn’t deduct these expenses because you used the standard deduction last year, this provision in the tax reform won’t affect you at all.

But if your income is high enough that it is subject to state and local tax, or if you own a home on which you pay high property taxes, any deduction that you might be able to take after the tax reform could be reduced. If this sounds like you, you will need to check the Schedule A on your prior year return to see exactly how much of the taxes you paid were deductible in the past. The tax reform could affect you negatively if you’ve been able to deduct more than $10,000 because, starting in 2018, your deduction will be limited to that amount.

Many retirees prefer to have the mortgages on their homes paid off before they leave the work force. If that’s you, the changes to the mortgage interest deduction rules, by themselves, shouldn’t affect you. Prior to the tax reform, married couples could deduct the interest they paid on mortgages that were less than $1,000,000. Under the tax reform, that mortgage limit is lowered to $750,000 – which means that individuals who have large mortgages may not be able to deduct as much of the interest as in the past. If you are retired, this change should not affect you unless you are planning to buy a new home in 2018 or later. If you do buy a new home and finance more than $750,000 (and you itemize) you will not be able to deduct as much as you would have prior to the tax reform.

How about miscellaneous itemized deductions? The big ones for my clients are their investment account fees and, in some cases, employee business expenses, but includes smaller deductions such as tax preparation fees and safety deposit box fees. The new law temporarily repeals all of those, so if you itemize and have taken advantage of them in the past, the tax reform may hurt you in this area of your return.

This leads me to my big finale! My theme throughout this post has been, “assuming that you qualify to itemize”. Even if you were able to itemize in the past, you may not need to itemize after the tax reform because the standard deduction (or, the amount that the government gives to everybody with no strings attached) has almost doubled. In 2017, the standard deduction for married couples filing jointly is $12,700 but in 2018 it will be $24,000. So even if you fall into one of the categories where you believe the tax reform might initially hurt you – for example, if you have a significant amount of investment account fees that are no longer deductible – it might be a moot point if the government is going to just give you more than what you would have gotten by itemizing anyway.

Confusing? You bet! So please bear with us during tax season as we try to sort this out!

Learn how Jim Nabors saved $4.8 Million by marrying his husband.