If you are working or self-employed, to the extent you can afford to, please contribute the maximum to your retirement plans.

Please look at Figure 1. Mr. Pay Taxes Later’s investment is represented by the black curve, and Mr. Pay Taxes Now’s, by the gray curve. Look at the dramatic difference in the accumulations over time—nearly $2 million.

There you have it. Two people in the same tax bracket who earn and spend an identical amount of money and have identical investment rates of return. But, based on the simple application of the “Pay Taxes Later” rule, the difference is poverty in old age versus affluence and a $2 million estate. 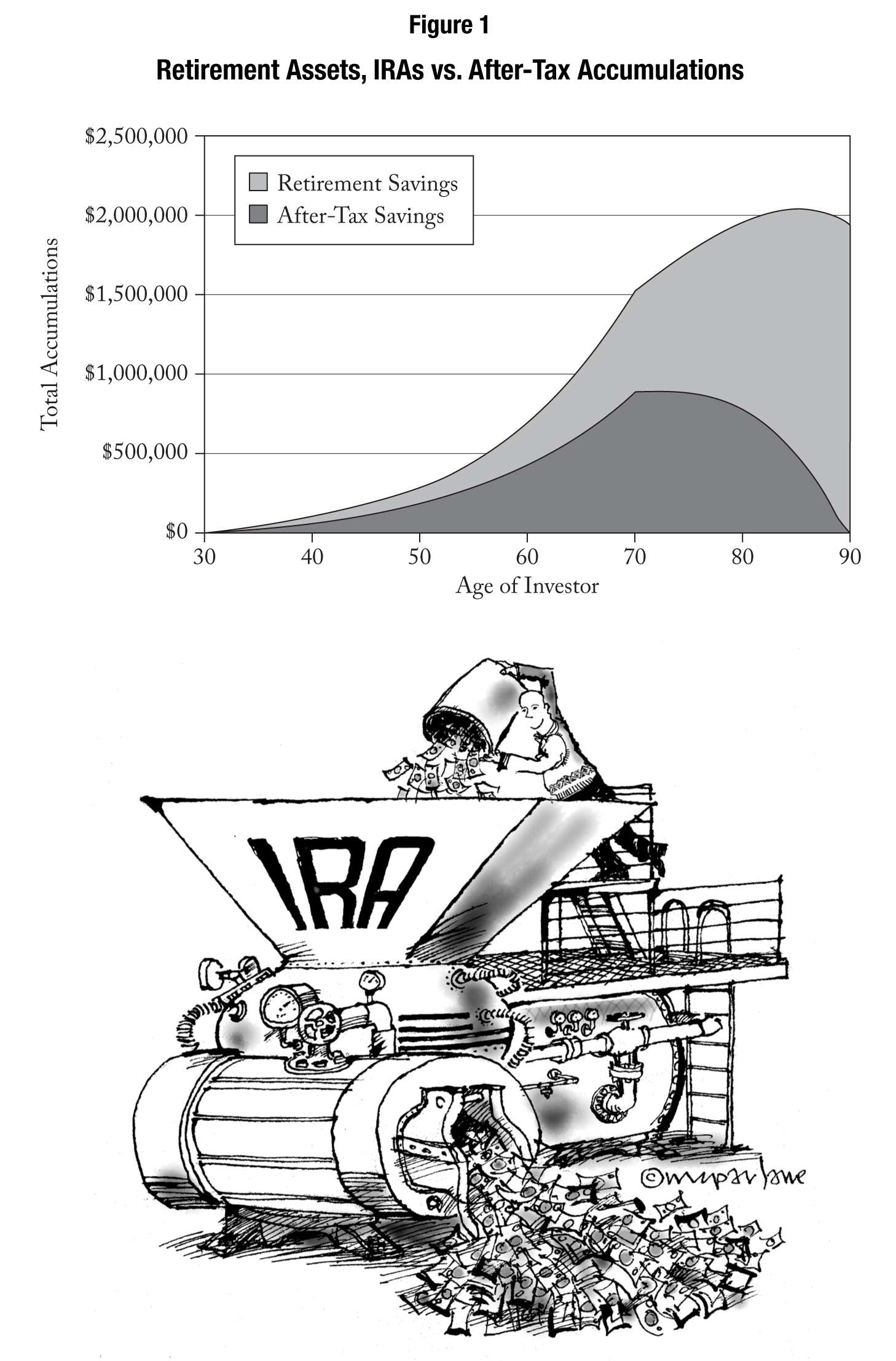